Most of my friends tell me that 2016 was a terrible year. Celebrity deaths, political catastrophe, and more. So here’s a New Year’s Resolution: Stop ascribing your own personal beliefs to what others experience. Not only is a cigar sometimes just a cigar; to some people, it will always and only ever has been a cigar.

It may help if you play through The Beginner’s Guide, and it would be helpful if you did so before reading any further. 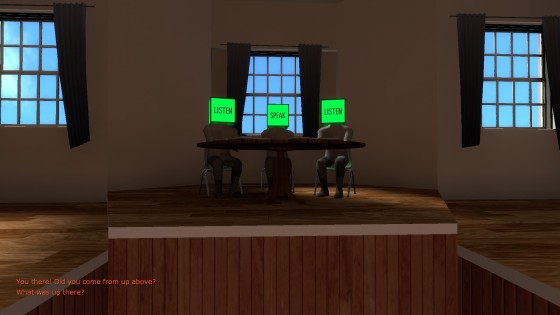 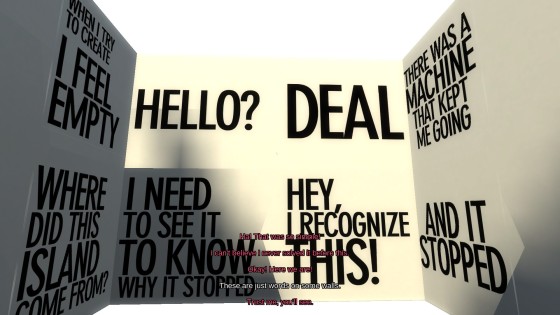 What I wrote above is nonsense. All that life is, all that we experience, is a matter of how we process. What’s important is that we realize we might sometimes be wrong, and that we do not force our conclusions upon others. To me, The Beginner’s Guide is a deeply personal attack on criticism, one that carefully uses Davey Wreden’s narrative to coerce players into adapting a certain belief about Coda, the purported developer of the anthology of “games” that you’re walking through, before pulling the rug out from under players.

But Wreden isn’t asking people not to think, not to engage. He’s just warning you not to ruin something for other people because it’s not your cup of tea. I personally prefer that a game has so-called “lampposts” or the Mario-like goals that clearly celebrate the end of a level, and I wouldn’t want to engage in an endless cleaning simulator. Whether it’s realistic or not, I’m opposed to the sort of endurance puzzles found in Jonathan Blow’s games, but I can understand a creator’s prerogative to utilize them, especially if the design is metaphorical, with a roomful of ideas accessible only after a lengthy and arduous climb. Sometimes a game is work (and I’m not talking just about grinding).

In the Age of Oversharing, we feel useless if we’re not “contributing” to a conversation, and within that metric, we feel devalued without external validation, those bright and shiny likes. Literary criticism is filled with those who feel they must make their mark by finding some new insight or interpretation, no matter how contrarian, and we are so afraid of being wrong that we’ll constantly change the conversation, redirect the focus, so that we never have to worry about how we might look.

This is about me. Perhaps it’s about you, too. It’s about the prison we build for ourselves by feeling obligated to conform to standards–in the case of The Beginner’s Guide, the pressure not to simply be weird for weirdness’s sake or to have familiar, playable conventions so as to be salable. It’s about accepting that not everything is for us.